Cloud networking, or networking for the cloud, is evolving as an essential ask for the IT organization as cloud adoption is gaining speed. From hosting few applications to the entire data center being hosted on public clouds, it is important to have the necessary infrastructure ready for adoption.

With enterprises embracing the cloud journey, IT teams need to plan and execute the configurations that arise in setting up secure tunnels between the various clouds and on-premise data centers. This includes managing the address space, as extending connectivity between on-premise and cloud not only means creation of a tunnel, but also subsequent operations and maintenance of the same. Another important task is to ensure and enable smooth movement of workloads between the on-premise data center and cloud without changing the IP address schema of the virtual machine post migration.

Hosting applications in the cloud has become a relatively simple task, as most of the components required in comparison to the on-premise data center are available with a few clicks and so are the networking components. Steps include browsing to the region and providing relevant information about the VPN tunnel on the remote side and the cloud provider will generate a configuration file that can be used in the remote device.

The above steps make it sound easy, however, the network teams have a tough task cut out for them, and struggle to set up tunnels between the on-premise network components and on cloud components like VPC (Virtual Private Cloud) tunnels, etc., for extending reachability between the private and public clouds. Although all the configurations are available with a few clicks, the network team still needs to have the right set of skills to configure the tunnel parameters on public cloud portals and corresponding configurations on the device on-premises.

Security also plays a key role in the cloud adoption journey, and workloads available in the cloud should be secured and should offer more than what the cloud providers like AWS, Google or Microsoft Azure provide. Network segmentation is a major challenge when traditional networking is employed as the IT team needs to track the subnets and security groups associated with a VPC and when a new VPC is required, it either needs to be used or tweaked as per the requirement.

Management simplicity and unified access across different cloud setups is another major ask. Enterprises prefer a simpler approach for configuring networking requirements between the clouds rather than logging into multiple cloud portals and managing complex configurations using different approaches.

The traditional way for adopting a cloud strategy involves a lot of manual intervention and planning, and any change/new requirement will trigger a whole lot of changes in the configurations, which are mostly manual and highly prone to manual errors, both typographical and duplicate in nature.

Though, there are types of connectivity that include VPC Tunnel used in AWS & GCP, VNET (Virtual Network) Tunnel—Azure, AWS Direct Connect and Standard IPSEC tunnel. 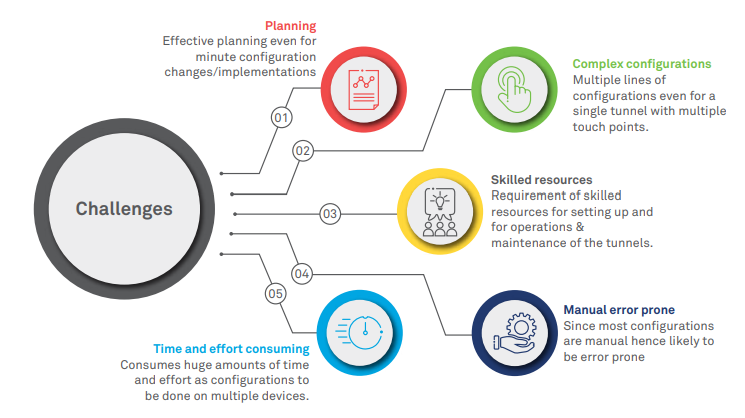 This solution is based on installation of Aviatrix virtual components like gateways and controllers in respective clouds and the licensing is based on the number of tunnels deployed between clouds. 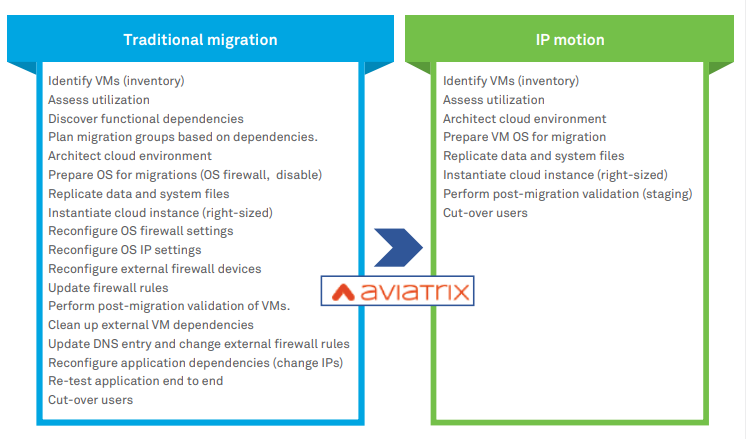 The Aviatrix solution provides the following

Below diagram depicts the typical architecture of the solution. 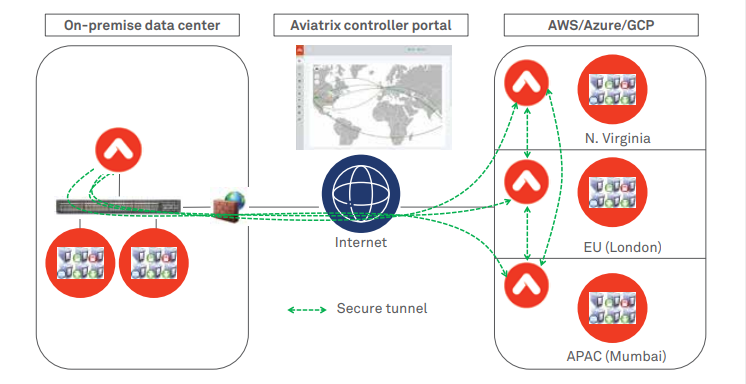 Standard steps of the solution include: 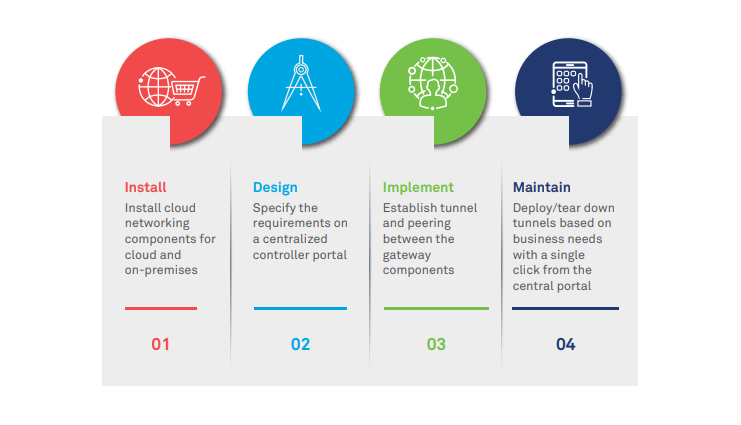 System integrators and cloud solution providers can leverage this solution for customers who require permanent cloud integration, as well as during migration where the tunnel is required only for the duration of migration. The solution has been in production and used by large enterprises over AWS, Azure and GCP clouds. Cloud adoption is here to stay, and customers will continue to move away from traditional data.

Lalit has 12 years of experience in the field of information technology, networking infrastructure architecting, and technical delivery. He specializes in the field of software defined, traditional and Cloud networking areas and is currently part of the software defined networking practice globally within Wipro’s Cloud & Infrastructure Services. He leads a team of SDN solution architects, cloud and OpenStack networking professionals, to shape the future of the SDN business for Wipro in global geographies. He holds multiple industry leading certifications, which include Juniper networking professional and VMware Professional certifications. He can be reached at lalith.kameshwar@wipro.com