Humans and Robots – A Dream Team!

There has been a lot of hype around the possibility of robots replacing humans in numerous jobs across industries. Visions of a society where the robots have taken over shape the world view of technology sceptics. But is there even anything to this supposedly dark future outlook? This article will share a few perspecives on one of the hottest debates of recent times – ‘Whether robots will be at war with humans or will they collaborate with humans to build a better future’.

One thing is clear: The increase in automation is going to change our world as we know it. And with it, our professional environment as well. So far, though these medial visions do not correspond to reality. Robots do indeed assume more and more tasks, yes: They assist technicians, serve drinks, work in the warehouse, help doctors during surgery and welcome guests in hotel lobbies in almost all existing languages. Factory robots can work in difficult environments, do not need any breaks (apart from the occasional maintenance activities), do not become ill and have no holiday entitlement. However, this does not automatically mean that human employees will be obsolete in the next ten years. But our work environments are certainly going to look different – and we have to be prepared for this.

At first glance, this seems paradoxical but at the moment, apparently the opposite of what was feared is actually happening: Companies that have already begun using Artificial Intelligence (AI) technologies have a higher growth than their competitors. And apparently, these companies are hiring specialists in greater numbers than the ones losing jobs due to automation. Many of the jobs created on the basis of AI are managing positions meant for highly qualified labour. Against this background, it is not surprising that most employers are of the opinion that their future success in the market and the economic growth of their company will depend on the collaboration between Artificial Intelligence (AI) and human employees.

A survey by a leading consulting company also draws a similar conclusion. Accordingly, employees and freelancers are facing the change of the working world and the deployment of intelligent technologies from an equally positive perspective. More than half of them are expecting positive consequences for their daily work routine thanks to AI. Many realise that the deployment of new technologies facilitates and diversifies their work, and approximately 55 percent are hoping for new career opportunities. In this regard, it will be essential for economic success to qualify the employees and to adjust previous job profiles to the new circumstances.

Many companies in Europe have already redefined the areas of responsibility and role descriptions of employees to meet the technological change in their daily working routine. Almost half the executive managers are convinced that their work is going to be even more project-based in the future and that the technologies will require the permanent acquisition of new capabilities. Clearly defined responsibilities and rigid working routines will become a thing of the past. By enabling their employees to expand their skills, companies gain a long-term competitive advantage because when human beings and machines collaborate productivity increases and economic foundations are solidified.

The manufacturing industry seems to be the most severely affected by automation. The deployment of robots allows for Germany’s revitalisation as a production location. This creates and secures new jobs within the country, some of them even with completely new qualification profiles. For example, a direct consequence of these changes is the increasing demand for employees with technical expertise to train the AI systems and models deployed. These “AI Trainers” are to ensure that AI systems provide the functionality expected. For example, they are to “teach” the systems how to correct mistakes and imitate human behaviour. AI analysts will also be in high demand in the future. AI systems are not always capable or at times permitted of making relevant decisions on their own. They need an interface that analyses their information and can voice and send understandable recommendations to the respective employees. Here, experts with comprehensive knowledge about highly engineered systems are irreplaceable. And those are only two examples of new work areas.

Therefore, the increasing deployment of robots should not only be viewed as a threat. Instead, the new technologies offer a wide range of advantages for entrepreneurs, managers and employees alike. Human employees not only have good chances to retain their jobs, they actually benefit from the opportunity to increase their own productivity through automation.

The fear that robots could steal our jobs in the future does not really have merit. Human beings must refocus on their extraordinary abilities, such as empathy or creativity, which artificial intelligences will not be able to replace anytime soon. Artificial intelligences, computers and robots can build on existing ideas but not develop their own ones. Creative thinking and behaviour based on years of experience are still a human domain and will continue to be indispensable for the work environments of the future.

Artificial intelligence technologies are no competition for human employees, let alone replacements. Rather, they are useful additions that can relieve their human counterparts by assuming physically hard wor while enabing cost savings. The cooperation between artificial intelligence technologies and human experts is a future-oriented method that offers a great opportunity for the acquisition of new competencies, the expansion of existing skills and the future-oriented deployment thereof across industries – not only to companies but to employees as well. Companies profit from deploying AI if they use the technology in such a way that their employees can take over new tasks. If the respective strengths are added together, human beings and robots form a dream team!

Shailesh Dixit is the key driving force behind the Wipro HOLMESTM Platform and Automation Ecosystem solution. With a laser sharp focus on innovation and collaboration, he is responsible for defining and leading technical and commercial automation strategies in EMEA. In addition, he is a regular speaker at CXO events and conferences revolving around AI and is interviewed regularly on his AI expertise. Over the last four years at Wipro, he has represented Wipro’s CTO office, working in areas such as cognitive computing, human machine interface, smart machines, computer vision, crowdsourcing, IP management, and open innovation. 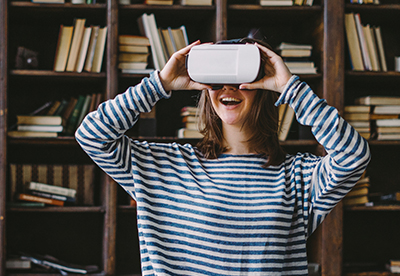 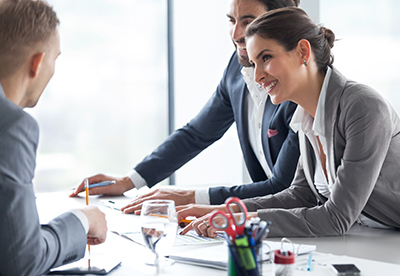 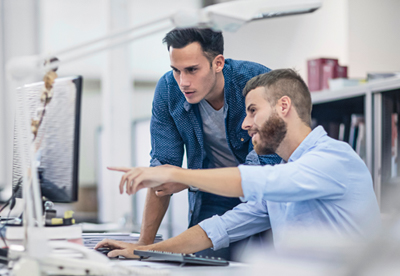