The 4 Pillars of Digitalization That Manufacturers Should Consider

The 4 Pillars of Digitalization

That Manufacturers Should Consider

Digitalization is transforming the manufacturing industry, and no one wants to be left behind.

In 2018, 59% of exponential technologies in the United States patent space were from industrial companies, and process innovation is increasingly the focal point of their research. The insights and efficiencies manufacturers will gain from digitalized processes are ultimately what will drive growth in the next decade and beyond — but obtaining them will be far from easy.

In the digital age, differentiation doesn’t just come from products. Although manufacturers are facing more pressure to introduce new products faster, the battle for customers is won long before these products hit the market. In the near future, data, not inventory, will be their most valuable asset. This data will become the new “product.”

The acceleration outlined above requires a highly integrated supply chain. It should be visible at all times, driven by enhanced analytics and cognition, and receptive to mass customization. This is what will separate successful manufacturers from their lagging counterparts. To face this new era of manufacturing, then, manufacturers have to remove any self-imposed roadblocks.

Overcoming the Problems of the Past

Most manufacturing organizations inherit a large set of legacy enterprise applications, and these can’t be easily modified to support front-end digital initiatives. Although younger organizations might be able to build nimble, cloud-based infrastructures from scratch, large manufacturers are hampered by siloed applications and development processes. They’re far from agile.

Technology talent within this industry is also lagging — and this could be due to lower salaries as compared to other industries. A recent report from Puppet shows that less than 15% of DevOps workers in the manufacturing industry make a six-figure salary. This places them behind their counterparts in retail, healthcare, technology, and even education.

To make DevOps roles more streamlined and perhaps attract more technology talent, organizations should consider emphasizing this work and adopting a multipronged approach to digitalization.This begins with technical debt remediation and simplification of core systems. After these steps, organizations can shift into application modernization and cloud-native development, followed by containerization and microservices.

In the application-build arena, organizations should be structured around processes rather than technologies. In addition, they should use an agile or DevOps framework rather than a traditional waterfall development approach. In the future, technological evolution will certainly create problems similar to what organizations face today. Taking this approach allows them to avoid these issues as tools advance.

From a personnel standpoint, manufacturers will benefit most from teams skilled in design thinking and equipped with full-stack capabilities. Leveraging open source will also boost recruiting and retention and encourage collaboration among developers.

Beyond these tenets, ensure your development teams and leaders build a digitalization strategy using the following four pillars:

It’s critical to base your explorations on gaining experience. After all, the technologies that will shape the future of manufacturing are still new. But to truly see success, your organization should gain experience with them now.

Implementing automation, artificial intelligence, and design-led application development effectively requires unique skills — many of which developers don’t yet possess. In fact, a survey conducted by the Manufacturing Leadership Council revealed that only 8% of manufacturing organizations are harnessing the power of AI. This is largely because they lack the internal expertise to do so.

This digital skills gap isn’t shrinking, which means hiring new talent might have to take a back seat to training existing staff. Give them opportunities to gain valuable experience now so they’re ready for the future of work. Without proper training and education, transitions will surely be confusing and frustrating.

Simplifying your enterprise landscape will be vital to your evolution. Modernizing legacy systems, moving enterprise resource planning to the cloud, and streamlining processes with the help of technology will all be essential to your success.

The technical debt created by years of myopic decision-making can’t be fixed overnight, but waiting to address it will give your competitors an edge. Focus on efficiency as you redefine your workflows. In turn, you’ll avoid the mistakes of the past.

By adopting streamlined software-as-a-service applications and shifting toward a DevOps or agile development approach, you’ll accelerate digitalization. This is true even if you can’t break away from legacy systems yet.A DevOps mentality will result in a development process built around frequent minor updates rather than occasional major ones. This allows you to keep pace with ever increasing consumer demands.

Strong security and quality assurance practices are a must in any digital-first infrastructure. As that infrastructure expands and more technologies are introduced, the ways in which bad actors can exploit organizations increases.

Unsurprisingly, security remains a primary concern of CEOs as industry 4.0 sets in. To ensure more peace of mind, infuse DevSecOps into the application build process. Make security an integral part of your organization’s culture and strategy.

When it comes to digitalization, the opportunities for manufacturers in the coming years are unprecedented — but challenges abound. Overcoming these obstacles will depend on your ability to change or challenge internal thinking. In many cases, that kind of thinking is deeply rooted. Don’t fall behind the pack, though. Start by taking small steps toward digitalization now. When the time is right, your organization will be able to take major leaps.

Shubendu leads the overall Go-To-Market function for application business in the Americas, UK & CE region, for the manufacturing business. Overall responsibilities include defining the strategic vision, thought leadership, and special initiatives to drive accelerated new business and revenue growth. He has 25+ years of experience demonstrating leadership and outstanding performance with large portfolios of customers across Asia, Europe, and North America. 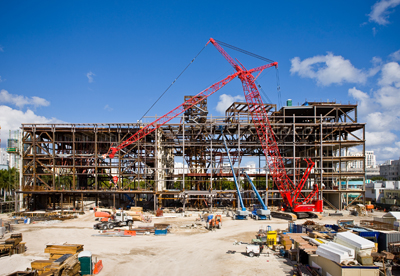 Steel Industry require to outsource their IT operation to global IT partners to help them transform to cope up with changing business need, shrinking margin and resource skill gap. 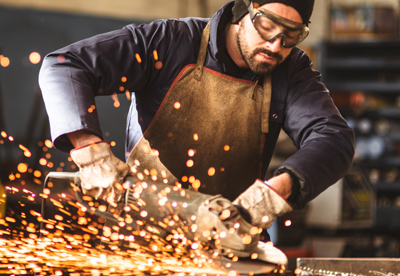 OEMs – Unleash the Power of your Installed Base

This white paper details the installed base opportunity for the manufacturers and how they can tap it to grow their service business. 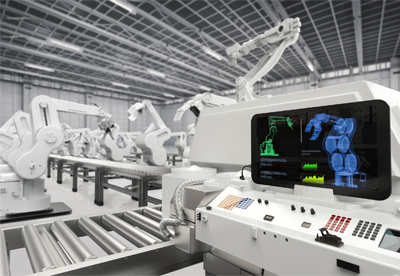 How will Manufacturing adapt to the Digital World?