We know that electric cars are disrupting the transport business. China wants a fifth of its 35 million annual vehicle sales to be electric cars by 2025. India is considering dramatic plans to electrify all vehicles by 2032i . The UK has pledged to ban the sales of new petrol and diesel vehicles by 2040ii and Scotland by 2032.This means people won’t be driving down to the local gas station to fill up their tanks. Instead, they will be plugging into power outlets wherever they can – at home, in office parking lots, at shopping malls, game parks and curb sides. Market behavior will change. Energy suppliers will change. And the way business is done in energy markets will be transformed. Now add to this the fact that a variety of generation methods will be used by suppliers and consumers leading to complex contracts and pricing structures that current meter driven markets will struggle to support. In other words, we will witness a rich interaction between suppliers and consumers, creating markets that are far removed from today’s centralized and controlled systems. We predict is that to manage these coming complexities in the energy business, Blockchain will move center stage.

Energy is a commodity, just like sugar and oil. And although we don’t see energy shops, it is being traded using a deep network of producers, suppliers, brokers, exchanges, pricing index agencies, auctioneers, network operators, aggregators and micro grid operators. The centralized IT systems that measure and record the transactions between players are not transparent. Neither are they friendly. Blockchain is set to disrupt that. This is good news and inevitable, especially given that many energy markets are dysfunctional, distorted by subsidized technologies and characterized by high volatility and low liquidity.

Also, there are intricate relationships- a result of the variety of renewable and non-renewable sources of energy as well as new business models in which consumers and user communities are becoming generators. The energy industry has been quick to examine the role Blockchain can play to manage the growing complexities and eliminate inefficiencies.

Getting off the block

A total of 23 European utility giants like Enel SpA and RWE AG have begun programs to test blockchain technology that permits anonymous peer-to-peer trading without third-party intervention. Others like Vattenfall AB and Tennet Holding BV are using it to manage consumer electricity platforms and networksiii. Using Blockchain, traders can send orders anonymously to a decentralized order book accessible by other traders. Notice how this eliminates brokers, exchanges and clearing houses – and obviously lowers costs.

Traditionally, energy traders have used Energy Trading and Risk Management (ETRM) tools to capture trade details. The trade is often settled manually with communication, reconciliation and discrepancies managed by emails, letters or fax. This is set to change substantially when trade contracts for all counterparties can be placed into a Blockchain and made accessible to all involved. This is already happening. The big change will happen when contracts between suppliers and consumers are coded into a Blockchain, enabling all consumption and production to be netted, giving consumers the flexibility and transparency that they have become used to from their telecom providers. Since Blockchain contracts are inviolable and are executed automatically, trading partners and consumers can have absolute confidence in the accuracy of the metering and billing.

The future is ‘smart’

For the energy trader, bots will allow real-time tracking of the location and condition of the commodity as it moves forward through its value chain. These bots will be integrated with ETRM systems. They will be able to dictate the terms of the final settlement, paving the way for Blockchain ‘smart contracts’.

Energy markets are becoming unpredictable, elaborate and volatile. The pre-dominance of wind generation is just one example of how complex and uncertain it has become. Wind farms are protected from full exposure to market risk via government subsidies. This is driving the wind pie to become larger than market forces would allow, skewing the energy generation mix away from the traditional model.

Now imagine a situation where you go to the local supermarket and plug your car for a quick recharge while you shop. You present a QR code via your phone and the charging station now knows your supplier details so that the costs can be allocated correctly. You then travel home where you connect your car to your charging station. Your car now behaves like a power storage device, integrated within your domestic network. Your network supplier controls your net consumption-for example by drawing power from your car battery during periods of high prices/demand or storing power during periods of low prices/demand. The production/consumption volumes and the associated price paid/charged will be governed and validated using Blockchain within the terms of your supply agreement. You get what was promised, at the price point it was promised – reflecting an overall improvement in the relationship between consumer and supplier.

Working backward, add the fact that Blockchain also reduces costs and process friction by eliminating brokers and clearing houses. And while Blockchain manages the complexities and the efficiencies, what we will have is next generation energy trading.

Martin has over 20 years of experience in energy/commodity trading and risk management, energy retail and power generation markets. During his career Martin has worked for Utilities, Consultancies and Product Vendors and so has a unique perspective across the ETRM delivery cycle. Martin has been with Wipro since 2013 and his responsibilities include managing the portfolio of strategic alliances with ETRM system vendors and bringing new technologies and service offerings into the market.

He can be reached at martin.thomas1@wipro.com 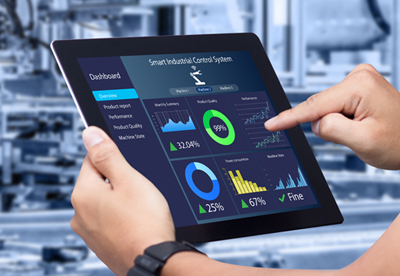 Unlike conventional computers, artificial intelligence is not programmed. On the one hand, like humans, AI learns from information. Yet on the other, it learns far faster than humanly possible. Machine learning (ML) enables AI to make a correlation between a pattern and an outcome, formulate a hypothesis, take action and then integrate that feedback into its next hypothesis. AI continuously learns, with the goal of predicting future outcomes and events with greater accuracy. 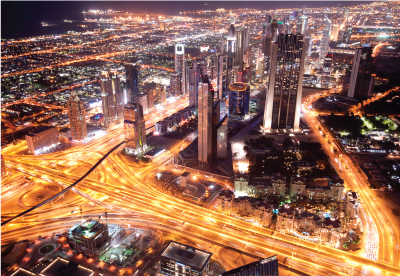 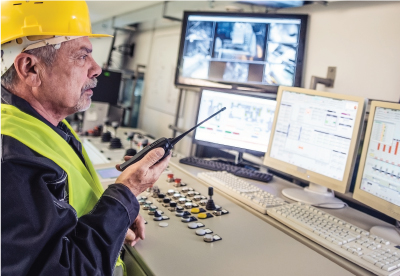 This paper mainly discusses the current business challenges faced by the industry and how an organization adapts to growing technological solutions to overcome the challenges using Centralization of control centers.