Performance and scalability of IT systems have always been  the key non-functional requirements that are used to gauge the production-readiness of any implementation project. The same is true for a blockchain network, more so because of its distributed and decentralized model that enables peers to collaborate and build trust over a business network. Each peer node must perform computations and communicate with other peers to validate transactions, arrive at consensus and update the state of the shared ledger. It is imperative to be cognizant of the factors affecting blockchain performance and the improvement areas to make informed architectural decisions for a blockchain based solution.

Performance of blockchain networks is generally measured as the average time it takes for a transaction to be validated and stored in each peer node in a way that it cannot be reversed or revoked. While this is often termed as throughput it should not be confused with the number of concurrent transactions processed in a given time frame. Scalability of blockchain networks is the ability of that platform to support increasing load of transactions, as well as increasing the number of nodes in the network.

Current blockchain networks and their performance

Public blockchain networks, such as Bitcoin and Ethereum comprise of millions of nodes and support cryptocurrency transactions. Due to the need of establishing trust between completely anonymous entities, a very compute and time intensive mining-based consensus mechanism is used. Thus, it takes a long time to achieve transaction finality, which results in transaction throughput of single digits. This is why public blockchains provide poor performance and scalability that creates the need to use techniques, such as side chains to offload the transaction processing from the main chain.

For enterprise use cases involving B2B and B2C interactions between known partners, private permissioned blockchain platforms are used to create a consortium with a limited number of nodes. The resultant throughput is much higher because a more efficient consensus algorithm is used that does not need to produce a proof-of-work for committing transactions to the ledger.

There is a new breed of blockchain platforms, also termed as blockchain 3.0, which is based on the principles of DLT (distributed ledger technology). These platforms help  resolve the issue of performance and scalability by leveraging data structures, such as Directed Acyclic Graph and reducing the processing latency of transactions through innovative  validation and voting mechanisms.

As described earlier there are several factors affecting the performance of blockchain network so benchmarking or performance testing of blockchain is not a straightforward exercise. Moreover, the use case being implemented and the architecture and design of off-chain components in a blockchain-based solution also need to be considered when processing end-to-end business transactions.

Blockchain performance and scalability will continue to be a topic of intrigue and interest in the near future as blockchain technology is adopted and applied for a variety of use cases. There is a significant performance improvement in “blockchain 3.0” networks, though  they are yet to see wide scale adoption. But before we embark on our search for a high performing blockchain platform that supports thousands of transactions per second, let us be doubly sure on whether the use case for which the solution is being envisaged requires the same. 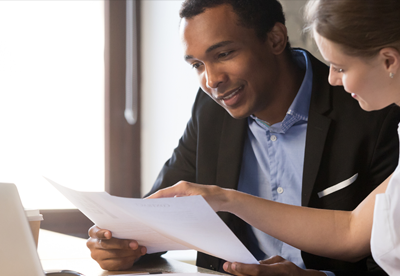 How Blockchain Can Reimagine M&As

Digitalization and Cloudification are vital to business success and not an option any more. The Telco industry is one of the first to adopt newer technologies.

MOBI Consortium: The Future of Mobility