Conversational interfaces: The game changer for your customer experience

Conversational interfaces: The game changer for your customer experience

Our expectations of the future have evolved from the language interpretation and etiquette services of “C3PO” in Star Wars, to the emotional companionship of “Samantha” in Her. While C3PO imitated human form, Samantha has no form at all. While C3PO followed instructions (with some comic banter thrown in), Samantha can perceive the environment, sense the emotions within, and have discussions with humans, just like a human being.

Emotional intelligence of computers may be relegated to the realm of science fiction for some time to come, but the ability for them to interact with humans is here and now. Conversational interaction through voice is one such area that is seeing rapid adoption as a form of leveraging computers. Computer and human voice interaction is one of those rare technologies that both Baby Boomers and Millennials are attracted to. The aging Boomers find voice much easier than computer screen interactions, while Millennials have little love for the interaction preferences of their parents.

Several advances have made natural interaction with computers possible1 — the first of which is voice recognition. Amazon Alexa (with its far field recognition) has changed the game in conversational interactions. You are no longer tethered to your computer or phone. Noise reduction, echo cancellation, and its ability to distinguish between the relevant voice and ambient sounds means that one can interact with Alexa from across the room. The second technology-related advance is the ability to flawlessly match the signal captured to a word in a language, while also accounting for accents and dialects. While you and I could pronounce the word “orange” differently, the computer would still capture it as the same word.

Once the voice has been recognized, it has to be interpreted, which is in the realm of natural language processing. The system needs to understand the instruction being given — at first literally, and then contextually. Significant advances have been made recently in this area through the field of Deep Learning. While constructs such as machine learning and neural networks have been around since the 1960s, the computational power of the cloud, and the ability to give systems enough data to draw meaningful correlations and conclusions, has exploded over the past few years.

Deep Learning makes it possible to train the system to understand the intent of the speaker and respond to it2. Systems are now able to understand higher level intent of a request and fill in implicit information on its own, without needing step by step instructions to deconstruct the request. A number of platforms are masking these complexities and making simple, high-level developmental tools available to developers to leverage this power.

Customer-oriented Digital Assistants (like Alexa) are taking most of the limelight. But for enterprises to leverage the true power of conversational interactions, we have to go a little towards Skynet territory3. No, we don’t want systems to take over and run the planet for us. But for accomplishing any meaningful task beyond searching the web or playing music, the conversational interaction paradigm has to be inserted in applications at the Application Programming Interface (API) layer. Smart applications should be able to interact with one another through APIs. This would include interactions like exchanging data, providing answers to queries, executing tasks requested by other authorized applications, providing the results on the completion of the task, initiating requests with other applications if needed, and more. They should accomplish this without the need for an individual to interact with multiple systems. This has a significant positive impact on productivity of workers and customers. The savings from reduced learning time, interaction time, computation time, and even licensing costs can be significant.

Conversational interfaces can take your customer experience to the next level.

He is responsible for driving go-to-market solutions, competency, offerings, center of excellence and delivery for AWS-related services globally. 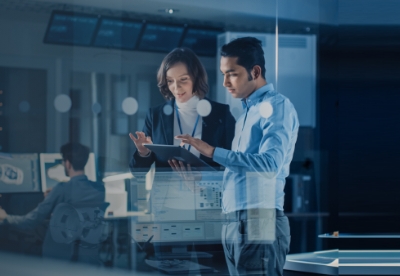 Use the tools, but do not lose the knowledge

The automated approach can speed up the migration effort significantly—but experience has shown that it can create problems of its own. Companies often find that their automatically migrated applications are very difficult to maintain and manage. The good news is that there is a solution. The answer lies not in more technology, but rather in enhancing the migration process with a new methodology—one that helps ensure that the team managing the target application has the knowledge they need to work efficiently and effectively. 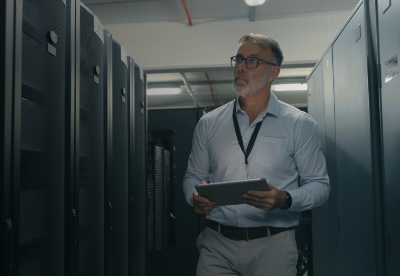 Evolution of the Operating Model to manage Cloud infrastructure services

Product-based, service-oriented architecture is more relevant than ever. Businesses are increasingly realizing the need to have a modern... 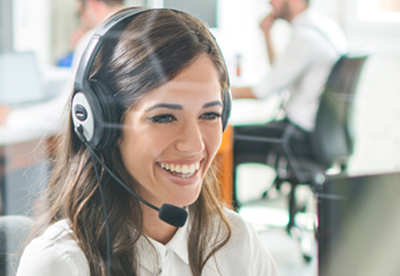 How Happy is Your Developer?

With software eating the world, competitive advantage across numerous industries is driven by the ability to hire and retain great developers. However, over the past few years, the developer’s life has become increasingly complex and even frustrating, resulting in significant retention issues, employee attrition and a turbulent war for talent.