It is difficult to imagine industry without technology, from the development of the first automated production line to the creation of Artificial Intelligence; we have seen technology and industry evolve. We can attribute much of that evolution to the Internet of Things (IoT).

The IoT phenomenon has come a long way since the term was first coined by British Technology pioneer Kevin Ashton in 1999. Originally defined as “empowered computers” Rand Europe later went on to extend the definition of the term to include “physical objects”. In other words, the IoT is not just about computers. Assuming the right electronic parts are present, any object can be enabled to collect and transmit data via the Internet.

Gartner Inc., a leading research and advisory company, forecasts that around 8.4 billion connected “things” were used worldwide in 2017. Compare this to 4.9 billion just three years earlier and you realize that we are moving toward a more connected, mobile environment that is rapidly changing.

IoT encompasses many different technologies but wearable technology is touted as one of the greatest applications, fundamentally changing our relationship with data and information, as well as the way in which we access it. However, you may be surprised to discover that wearable electronics is not a shiny new concept. The first wearable computer dates back to 1961 when Edward Thorp and Claude Shannon developed a timing device designed to fit in the shoe of the wearer and attempted to predict Roulette wheels. The device would estimate where the ball would stop based on where it started and use a small ear speaker to receive coded musical feedback. Today, in the consumer market, there is mass production of smart devices that can track health and exercise, and combine the capabilities of a smartphone with a wristwatch. Wearable technology is changing the way users interact with their environment and enabling access to information at the touch of a button.

Adoption of wearable technology is not limited to the consumer market. Its impact is becoming increasingly apparent in industry too. The human worker still plays a critical role in delivering outcomes in industry and with the proliferation of smart, connected devices, there are now more ways than ever to equip workers to perform their jobs enabling faster, safer, evidence-based decision-making, and contributing toward greater business agility and collaboration.

One of the key drivers boosting the development of wearable technologies in industry, particularly in the current climate, is organisations’ ability to improve productivity and efficiency without having an adverse effect on safety.

According to the International Labour Organisation (ILO), every 15 seconds a worker dies from a work-related accident or disease and 153 workers have work-related accidents. With more than 2.3 million deaths per year resulting from industrial accidents and diseases, it’s clear why there is a keen interest in technologies that improve safety.

Wearable devices can help improve safety while enhancing the productivity and connectivity of workers in the field by delivering data, documents and applications in real-time.

Rapid technology development has meant there is now a diverse and growing range of wearable devices for organisations to understand and explore. From smart glasses embedded with optical data capture and voice recognition technologies to smart safety vests deployed at construction sites to track and alert field workers when entering pre-defined hazard-zones, wearable devices are making their way into our work environments at a growing pace. 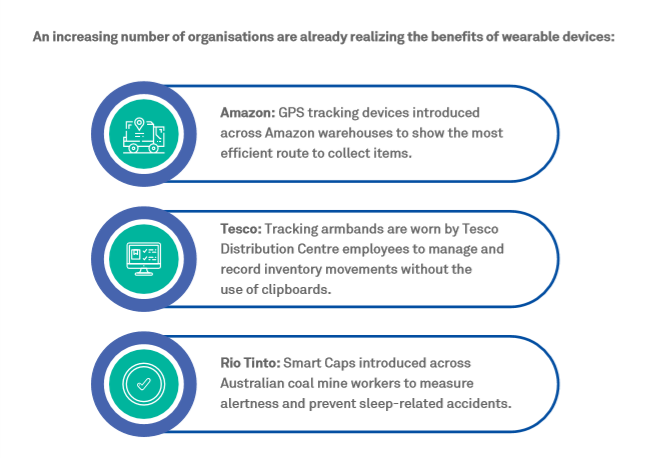 With the increasing adoption of these types of technologies, innovative new uses are expected to emerge as optimization and refinement inevitably result in more convenient and smarter ways of working.

Virtually any worker who needs to have information at their fingertips can benefit from this type of technology. Providing enhanced access to decision-critical information through intuitive wearable devices can improve safety, increase productivity and drive up quality.

Our hands are our best tools and wearable technology enables workers to operate at peak efficiency, to a higher standard and with less rework by replacing traditional, slower, impractical methods of accessing job-critical information while in the field.

She can be reached at: simone.airlie@wipro.com 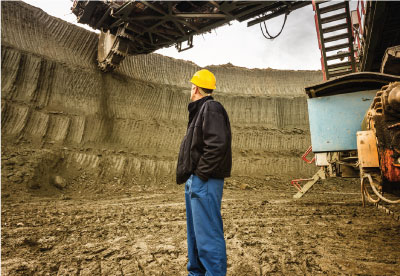 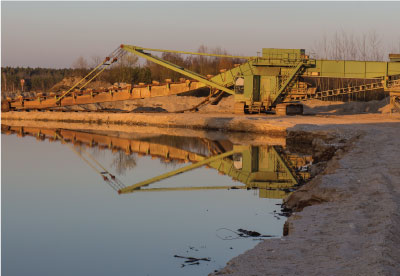 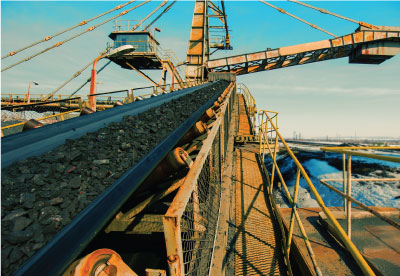