The Circular Economy: How Blockchain Enables a Safer World

The Circular Economy: How Blockchain Enables a Safer World

Visionaries say we are in the process of designing a world where we use resources sparingly, and recycle and reuse abundantly. An article entitled “Tokyo Olympics: From discarded mobile phones to glittering medals” provides an example of nations pride in how hazardous e-waste, generated from consumer electronics, has been reused to produce “Green Gold”. This was a crucial undertaking, as e-waste fills our oceans with several tons of nondegradable plastics each year that, when broken down into microplastics, harm fish and birds that mistake them for food. With their efforts to recycle e-waste, Japan has become the torchbearer of sustainability and is leading the way for a safer world for the rest of the nations to follow.

At an international level, the COVID-19 pandemic has made us realize the global impact of shortfalls in production, and how it has affected the consumption pattern. The pandemic is yet to be over, but at the very outset, it has left a long-lasting impression on the need for resiliency in the entire supply chain ecosystem.

To adapt to the current crisis of production not meeting the high demand, being “vocal for local” is the new mantra of sustainable manufacturing. A resilient supply chain framework, developed on the principle of Localization, Agility, and Digitization (L-A-D), will support these initiatives.

The vision of the circular economy, which inspires businesses, consumers, and environmentalists - is standing on the principle of the 3-R approach, namely:

Reuse – maximizing the reuse of the products in different shapes and forms. Each year in the US, more than 100 million dollars’ worth of medicine is destroyed, while more than 32 million Americans are not able to pay for the medicines they need.

Recycle – a series of steps that takes used or reused materials, remanufactures them to sell as a new product. A study by the World Economic Forum says, more than 66% of consumers would pay more for sustainable products.

Eliminating waste in the value chain and reversing the flow of materials into the ecosystem are the potential areas of interest that can be instrumental in moving from a linear to a circular economy. To move towards the circular economy, we need to be cognizant of not only the possibilities that the latest technologies bring to the table, but also the challenges that need to be solved.

The core principle of circular economy is to keep products and materials in use. This is only achievable by designing a strong reusable asset management system that transforms waste into a new resource for an upstream or downstream process.

A supply-chain system that caters to the following requirements acts as an enabler to resolve the core issues of the circular economy, namely:

Our finding suggests that technologies introduced by Industry 4.0 and powered by blockchain can serve a pivotal role in building a system of trust which thrives on collaboration, fundamentally in distributed industries. Greater transparency in asset flow gives more comfort to the consumer and positively motivates the consumption pattern. For example, tracking the tea planter of the Darjeeling tea from your cup to the store to the tea garden, authenticated by digital identity, verifies the social sustainability claims. blockchain’s fundamental principle of immutability of records provides safety and security to the transaction and it serves as an assurance of truth, removes the need for middlemen in the business, and, hence, reduces the overhead.

One of the major barriers to the adoption of circular economy principles are cultural barriers, like:

To tackle such issues, systems thinking at the legislative level is needed. Various incentivizing mechanisms are to be launched to overhaul the value-chain engagement at the consumer and producer level. Governments can provide targeted price incentives. This can encourage manufacturers to opt for recycled materials and consumers to choose sustainable products.

A Blockchain-based supply-chain system can be a boon as it provides endless capabilities on the incentivizing mechanism. A few of the possibilities are discussed below:

Another classic and noble example of incentivization is envisioned at Remedichain.org – a blockchain based platform, uses surplus medicine as a resource that is harvested to create medication access to vulnerable patients. The platform incentivizes the donation and also makes sure disposal of surplus medication.

Applying Blockchain as a Technology Enabler in a Real-Life Scenario

As a case in point, if we take Tokyo Olympics Medal projects as an example of a circular economy, it can be designed to serve in an effective manner using Blockchain as an underlying technology platform. Under the theme of “be better, together – for the planet and the people”, the Tokyo Olympics have set the standards of sustainability and eco-friendly games. It was a two-year national effort to collect the recycled material. Up to 90% of the Japanese cities, towns, and villages participated by setting up the donation pick-up points where old cell phones were collected.

After the collection of used phones, the process involved dismantling, extracting, smelting, and refining. Finally, the material was molded to give the shape of the medal.

The following key areas determine the effectiveness of such a business-critical process:

All these participants potentially create a network, or networks, to create the minimum viable ecosystem, which is responsible, agile, and trustworthy. A depiction of such an ecosystem is envisioned below.

These urban mining projects, when powered by technologies, bring the true flavor of inclusion and cohesiveness in the local or at an international scenario. Implementation of such initiatives becomes successful when it is wholeheartedly supported by industrial bodies, governments, and legislators.

Incentivizing at all levels involved in the ecosystem increases the degree of adoption. Bitbns announced cryptocurrencies for India’s Olympic medalists. This is an extraordinary initiative to appreciate and incentivize the talents who make the nation proud.

We discussed the potential and benefits of blockchain, now let us investigate some of the barriers to the adoption of Blockchain:

“Benefits from a blockchain solution are not homogenous across the value chain. The success of the implementation lies in the capturing the varied benefits across the network and turning them into a strategic advantage.” - George Bailey, Managing Director, Digital Supply Chain Institute

The circular economy is a complex area to traverse mainly due to its global participants and supply-chains crossing the national boundaries. Blockchain as a technology can be designed to enable the resolution of such challenges by providing a sustainable e-ecosystem with a trusted set of data where each participant of the ecosystem can be part of a collective decision-making process. Communities, industry bodies need to step back to reconsider their digital reusable sustainable asset (RSA) management initiatives, partner across industries for more sustainable products and ecosystems – thus creating a framework envisioning a safer world. 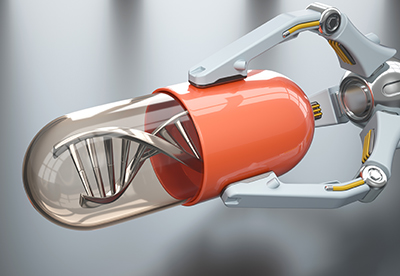 Wars have forced immense advances in medical care. Mobile x-ray machines and sanitary napkins were a result of World War I. Metal plates to help heal fractures were a result of World War II. The use of frozen blood products came with the Vietnam War. Advances in physics, mathematics, computer sciences, radar, infrared, prosthetics, and organ replacement have been propelled by wars. 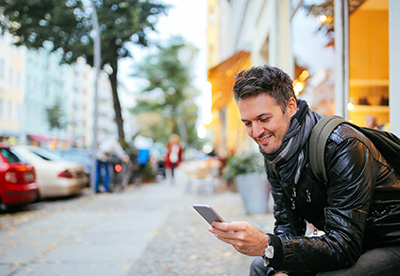 We examine how COVID-19 impacts the 5G rollout and service offerings of Communications Service Providers, and the adoption of 5G across industry verticals. 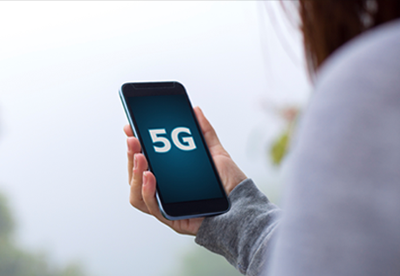 5G & the transformation to a Digital Service Provider

Communication Service Providers (CSPs) the world over are seeing a sharp decline in connectivity-based voice, data, and messaging service revenues.