Siri, what’s the news on ‘voice’ in my enterprise?

Siri, what’s the news on ‘voice’ in my enterprise?

In the world of man-machine interface, voice is the future. In the past, we learnt how to use machines. Now, with voice interfaces, machines are learning from us. The history of machine interfaces started with the punch card and evolved into the keyboard, the mouse, touch screens and now, with the use of voice, the “interface” is quickly becoming invisible. Voice is asserting itself as the future of computing. Studies show that 20% of the US adult population owns voice powered devicesi. And if consumers are `voicing’ their opinion, enterprise can’t be too far behind. Gartner predicts that by 2023, 25% of employee interactions with applications will be via voiceii.  Recent research suggests that the market for global conversational AI is expected to grow from US$4.2 billion in 2019 to US$ 15.7 billion by 2024iii. Not surprisingly, everyone is in the game, from Google to Microsoft, IBM, Amazon, Baidu, Oracle and Apple. The question is who will set the pace and the rules of the game? At the moment, it would be safe to bet that Apple’s Siri is already in the frontlines, ahead by leagues.

Voice interfaces are a paradigm changing technology. Just as the advent of the iPhone with its features like GPS made groundbreaking services like Uber and AirBnB possible and the arrival of powerful rechargeable batteries is making Electric Vehicles (EVs) possible, voice is set to create innovative new businesses/ services and improve efficiency in the enterprise by simplifying computing and making it accessible to all. And the voice assistant of choice in the enterprise will be Apple’s Siri. The reason for this is not too difficult to see:

Siri has a rich ecosystem of developers that are well-known for the focus on “change the world” ideas. Over the last three years, ever since Apple began allowing developers to bake Siri into their apps and services, there have been notable advances in the consumer space. Siri can check booking information at AirBnB, interact with coffee machines, track projects on Basecamp, and do lots of other wonderful stuff.

Siri has a rich eco system of devices and services such as iPhone, iPad, iPod, Watch, AirPods, HomePod, iCloud, maps, music, CarPlay, automation, translation, etc., that change the enterprise scenario. In fact, it is the super smart Siri that stitches the completely secure Apple ecosystem together, almost presenting itself as a universal OS that makes it possible to work seamlessly across devices.

Siri uses natural language, unlike its competitors that use “voice commands”. For example, Siri can understand “lights on” while the others need to hear “Switch on the lights”. While this may seem trivial, the natural language capabilities of Siri turn it into a truly intelligent and intuitive assistant that functions uncannily like a human.

Siri keeps identity anonymous unlike other voice assistants that collect user data. In a world of growing privacy concerns, this keeps Siri ahead in the brownie points leaderboard. While most voice assistants store data in a way that can be traced back to the user, Apple anonymizes it (Siri interactions are stored for six months by Apple but without personal identifiers). Most tasks that call for personalization are executed on the device itself.

Investments Apple has been making in startups to make its voice assistant better. Some examples include investments in VocalIQ that is developing an application that will allow Siri to remember past conversations and maintain context using the learning; Pullstring that makes voice experience design tools for developers who want to easily deploy voice appsiv; and Lattice Data that makes sense of unorganized data such as imagesv.

For an enterprise keen on simplifying its compute environment, the choice of a voice assistant is a no-brainer. Siri wins hands down—because it is rapidly moving from being a mere voice assistant to an intelligent `human’ assistant.

He is passionate about “Everything Apple” and his current work focuses on evangelizing and designing human-centric solutions using Apple’s entwined ecosystem of devices, platforms and services to address business needs. 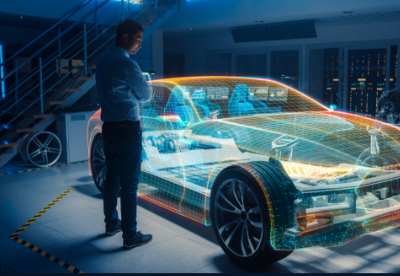 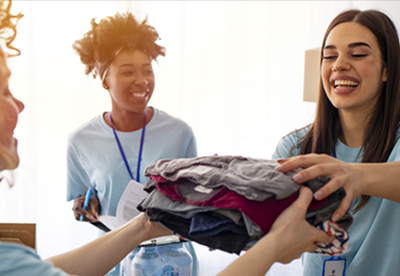 Is Salesforce Right for My Nonprofit Organization?

Salesforce offers an incredible range of functionalities, making it difficult to find.... 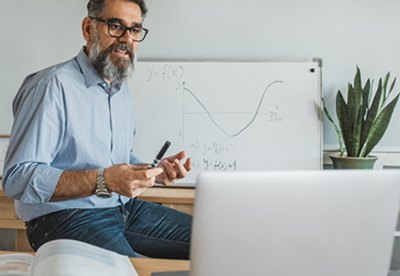 Beyond the Pandemic: Key Priorities for Agility and Growth

A report from Forrester predicts up to 20% of Fortune 500 companies will not make it through 2021 intact. “[For] some, their assets will be dissolved or purchased; others will just go out of business.” One possible cause of this is a lack of strategy when investing in and utilizing technology. “The pandemic revealed the flaws in many companies’ technology…and their tech leaders were found mired in Band-Aids like tech modernization, simplification, and consolidation.”