The ROI of Fan Engagement with

Questions on ROI (return on investment) in emerging media technologies like Virtual Reality (VR)/ Augmented Reality (AR). And how to answer them.

Our story opens with Paul, a die-hard football fan, who is excited with the crucial upcoming game that he plans to watch from the stand. As he whips out his smart-phone to check on ticket prices on an app, there is a Fan Engagement Platform working for him behind the scenes to enhance his experience. The app even suggests great seats at the stadium. Paul is delighted that the match is being streamed live on the app and his VR headset gives him a 360 degree on field experience. In the livestream, he notices one of the players wearing a brand new silver-studded boots and shares it with his friend, who is watching the match live at an immersive game-centre downtown; he loves it too! With just a swipe, Paul tries using a 3-D model of himself and buys it in the in-app store.

At the core of fan engagement, like in the scenario above, is the ability to create and curate positive emotional experiences that help the fan connect with the sport, its heroes and the avid fans. Virtual, Augmented and Mixed Realities are an emerging area of technology that makes this possible. Though these are early days for a technology that is still taking shape, its rising popularity makes them an essential feature across sporting events. Across continents like North America and Europe, sports teams and stadiums are realising the potential of AR/VR as an evolution of human storytelling that results in richer and deeper fan experiences.

However, upstream technologies like these make sense only when they connect to downstream enablers of ROI. In this piece we explore applications of VR/AR in social analytics, driving loyalty, emotional intelligence, data analytics and opportunities in the cloud.

Fan engagement essentially means creating positive emotional experiences for the fan and helping him feel connected with the game. Virtual, Augmented and Mixed Realities are making this experience and engagement possible today. While this sounds exciting, business decisions will clearly depend on a strong ROI given the investments required.

VR/AR: The Story So Far

AR/VR is still niche compared to traditional forms of entertainment given its hardware dependency on the fans. Content producers are still in “experiment” mode while hardware prices are coming down gradually. Sooner or later, ROI questions are going to pop up. The argument that “the current focus is on learning over monetisation success” will not hold true for much longer as companies begin to ask for results on their investments.

Multiple avenues have emerged today for monetisation of the experience offered to fans via VR/AR. Some of them are outlined below:

Today, a Fan Engagement Platform can offer more than seat selections: it can offer seat upgrades, promotional bookings, VIP offers, media streaming services, parking assistance, access to discussions around the club or the sport, merchandise purchase, food-and-beverage purchase with service to seat. There are strong ROI opportunities in solutions that are centred on a premium in-stadium fan experience, which raises the perceived value of tickets, especially when variable stadium pricing makes it difficult to predict revenues on a season’s home games.

Building Viewership for an Event

VR/AR is evolving to deliver an experience that is as close as possible to the real thing, for example, strapping on a headset in your living room and watching the action unfold around you as you soak in the buzzing atmosphere. The opportunity is to build a medium through which the experience includes the atmosphere, social interaction, electricity and the stadium atmosphere. Fans need to engage with the people around them and not as if they are watching from behind a glass wall. Fans no longer just sit in front of a TV, far from the action in the stadium leading to increased viewership of such events.

A golfing enthusiast can join a pro-golfer on one of the world’s most beautiful courses, and try out a signature series of clubs, all virtually and potentially become a buyer. From golf clubs to running shoes to sporting equipment, VR/AR offer retailers the chance of engaging more deeply with the sport to create a more meaningful customer journey. As with the case of Paul, offering him a chance to buy the exact same signature football boots as his hero proved to be the tipping point for him.

VR/AR has the opportunity of redefining the way advertising content is served, which is subtle, creative, light and native in nature. ROI opportunities can truly come alive when advertisers use product placement subtly and meaningfully within the VR/AR experience, blending in with both the content and context.

Garnering Value out of VR/AR Data

There is a clear ROI model that is rooted in building intelligent statistical insights from social media, immersive technology and mapping user behaviour in the virtual world. It helps gain deeper insights into personality and purchase patterns.

Before exploring what an emerging media technology can do for the world of fan engagement, companies that represent the world of sport, need to strategise and design a solution that best enables the fan to experience the sport-related emotions in the richest and deepest possible way. Companies need a partner that can come on-board at the strategy and design phase, totally aligned with the company’s vision to help the fans bring to live positive emotional experiences as part of a large community. Only then can technologies like VR/AR begin to make sense from an engagement and ROI perspective. With state-of-the-art applications platforms, companies can engage with sporting organisations, media companies and stadiums to bring strategy and design alive at every point of engagement, thereby enabling enriching relationships with the sport and the community. 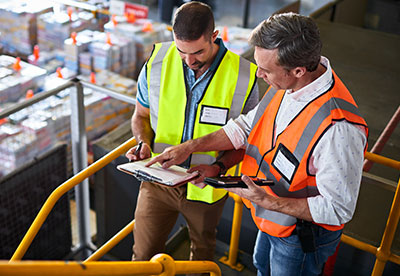