How Can Capital Markets Players Win the Game of PMI Through Successful IT Integration?

How Can Capital Markets Players Win the Game of PMI Through Successful IT Integration?

IT integration is the game point to make your Post Merger Integration (PMI) journey a success or failure as it enables over half of the total revenue and cost synergies directly or indirectly. Realize the full breadth and depth of these synergies within the planned timeframe by embedding IT value creation levers into your PMI process.

In our recent report , we highlighted that the capital markets sector is witnessing a strong upward trend in M&A activity: aggregate deal value has more than doubled, from $48 billion in 2015 to $105 billion in 2020. In fact, despite the economic impact of covid-19 pandemic, the year 2020 witnessed the highest aggregate as well as the largest average deal value in the last five years.

It’s clear that capital market players are using M&A as an integral part of their corporate strategy. While board members and shareholders are approving these deals, they also have soaring expectations. In fact, CXOs have ever higher stakes to ensure that the intended synergies from the deal are realized within the planned timeframe.

This makes it imperative for leaders to focus on the key value-creation activities across the deal life cycle. Interestingly, synergies are only estimated, and not realized, during the target identification and due diligence stages of the transaction. It is the PMI phase where the synergies are actually identified and realized. In our analysis of the situation, we found that among the key elements of PMI, information technology (IT) enables more than half of the synergies directly or indirectly. Hence, it is critical to understand how to get the best out of your IT integration.

IT Levers to Maximize Integration Value

IT is critical to virtually every operational process in the capital markets sector, including customer onboarding, pre-trade analytics, order management, matching and netting, trade execution and settlement, custody, payment processing, and fund analytics. IT also plays a critical role in key functions such as data management and compliance.

This indicates a strong opportunity to enhance technology capabilities and further optimize operations by embedding IT value-creation levers in the integration process. These levers ensure that maximum value can be unlocked from PMI within planned timelines:

Figure 1: Key IT Value Creation Levers to Maximize the Value of PMI

A Structured Approach Makes all the Difference

A theoretical understanding of IT value creation levers does not suffice. It is imperative to take a well-planned, systematic approach to the challenge and on-board skilled resources with hands-on IT integration experience at each stage of the deal lifecycle:

Figure 2: Structured approach to IT Integration across the Deal Lifecycle

IT integration is no less than the game point to make the PMI journey a successful one. Done well, it can be a source of tremendous synergies and help maximize the enterprise value of your organization. 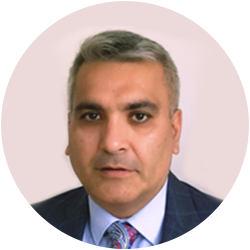 Harpreet is the Global Head of BFSI and Manufacturing Consulting Services at Wipro. As a part of the leadership team, Harpreet has global responsibility for overall strategy, consulting, research & insights and M&A, supporting Wipro's global suite of BFSI and Manufacturing clients in their transformation agenda. He brings strong credentials in providing strategic, innovative and transformational solutions to a number of large, complex relationships, and has been instrumental in leading some of the big-ticket deals in the industry over his career. He can be reached out at harpreet.arora@wipro.com