How can capital market players maximize the value of their M&A deals with a focused PMI strategy?

How can capital market players maximize the value of their M&A deals with a focused PMI strategy?

M&A deals often apply a sub-optimal Post Merger Integration (PMI) process and realize limited synergies which are just the tip of the ice berg. Hence, a comprehensive PMI strategy focused on the core purpose of the deal can help you maximize the value from the M&A deal.

Global capital markets are undergoing an unprecedented change marked by a consolidation spree. Though the economic impact of covid-19 pandemic caused an M&A lull during 1H20, our recent report  found that the year 2020 on a whole recorded $105 billion of aggregate deal activity, highest in the last five years.

Interestingly, the average ticket size of a deal increased by 4x from $105 million in 2015 to $420 million in 2020 – indicating an increased confidence of capital market leaders to go for larger and strategic deals. In fact, capital markets sector witnessed the largest corporate merger of 2020, where S&P Global agreed to acquire IHS Markit for $44 billion to gain scale and efficiency from its complementary businesses.

We believe that this trend is likely to continue given the limited scope of organic growth. This is in the backdrop of a shift from active to passive investing and immense fee pressure across the capital markets value chain including asset managers, broker dealers and custodians. Moreover, sophisticated needs of tech-savvy customers and complex and ever increasing regulations are increasing the costs, resulting in depletion of margins.

Hence, to thrive in this challenging business environment, M&A is one of the most favorable strategic options enabling capital market players to quickly gain economies of scale, diversify offerings and develop next-gen technology capabilities to improve customer’s experience.

Do you know why majority of M&A deals fail to realize planned synergies?

According to a Harvard study1, 70% to 90% of M&A deals across geographies and sectors fail to generate value for the stakeholders within the planned timelines. It is not because the target acquired is not valuable, it is primarily because of sub-optimal PMI. Let’s dig a step deeper to identify key mistakes which can diminish your synergies:

Planning an M&A integration? Be mindful of below five imperatives

To maximize the value of your M&A deal, here are five imperatives I would highly recommend you to include in your PMI plan:

How can you drive results by following a comprehensive approach to PMI?

To drive desired synergies, a systematic and comprehensive approach to PMI is a must. It starts with a high level program management, followed by detailed operational and IT integration plans, closing with change management to ensure that your PMI journey is a sustainable one:

Lastly, it is rightly said that “well begun means half done”. Hence, don’t wait until the deal is announced and start integration planning right at the stage of due diligence. This provides you enough room to capture opportunities and manage potential contingencies.

Hope this was helpful, wishing good luck for your PMI journey! 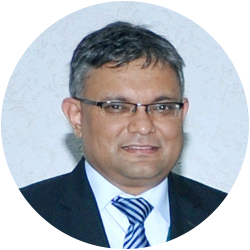 Angan is the Chief Executive Officer - Americas & Executive Board Member at Wipro. He drives overall business strategy and manages customer relationships across a range of sectors in North America including Financial Services, Manufacturing, Energy and Utilities, and High-Tech. Angan started his career with Wipro 28 years ago and has held various leadership positions across India, the UK, and the US. He has extensive experience in leading large transformational engagements and building high-performing global teams committed to client’s success. Angan is also a member of Wipro’s Group Executive Council. He can be reached out at angan.guha@wipro.com.