Keeping Energy M&As on Track with

The ERP system  in the Oil & Gas industry is tightly integrated with a plethora of legacy applications. The Mergers & Acquisitions (M&As) throw up many challenges in handling the ownership of these applications and carving out the new ERP system post M&A. This paper talks about the role IT plays in the M&A process. It focuses on SAP as an ERP system  and discusses the areas to work on for a successful ERP migration post M&As.

Introduction: Role of IT in M&As

The  Oil  &   Gas  industry  is  constantly  looking  for  oppor tunities  to maximize  profits  and  spread  risks.  Mergers and  Acquisitions  are  an impor tant business model in this pursuit.

Whether it is a divestiture, acquisition, spin-off or  a plain merger, IT integration becomes a key business goal. If the integration is not managed well, the entire business plan has the potential to fall through.

In case of acquire and spin-off, the parent company drives the IT integration to iron out the wrinkles. For divest and merger, however, the new entity has to battle it out to give shape to the fresh IT model and make it sustainable.

M&As are often long drawn and have many phases. It is, thus, impor tant to get the IT organizations on both sides involved from the due diligence phase itself. And IT plays an increasingly impor tant role as the process progresses.

IT engagement during early stages helps:

During the M&A process, the IT organization of the new entity needs to work on some key areas.

One  such area is application licenses. It needs to  be seen if  SAP, Middleware and other application licenses have to be transferred to the new entity by the parent. It also needs to be understood what the bolt-on applications in use are -- like IS OIL Quantity conversion routines, Prometheus  (work scheduling  in  plant  maintenance),  Vertex/Taxware (input/output tax calculation engine). Subscription to PLATTS/OPIS quotes  might  be  required  to  base the  formula  pricing  of  Crude  and Refined products.

There could be proprietary interfaces which need separate license to be negotiated with the respective vendors. In a typical downstream company/refinery there will be many business critical systems tightly integrated    with    SAP   such   as    yield    accounting   systems  like Sigma ne/Aspentech, terminal automation systems like DTN and Retail applications like PDI, etc. The questions to ponder on are:

The other area is system carve out and preparation. The important points to be considered during this process are:

There might be a need to modify certain configuration items like payment terms, discounts and pricing procedures due to change in the business model. Changes to  logos/names on custom forms like PO printouts, customer invoices will be needed from the very first day the new entity comes into existence.

There are typically  two options  for  SAP carve out.  One is  using  SAP’s System Landscape Transformation tool. This is generally given on lease by SAP and the work is  performed  by SAP’s  own consultants.  The other option is, replicate the conf iguration in new system, import the custom code, migrate master data and open items. Generally, historical data is not included in this. But we need to ensure if this data is critical for any legal requirements, resolving billing disputes, trend analysis, demand forecasting, etc.

Formulation of Transition Ser vice Agreement (TSA) too needs attention. TSA is an interim arrangement between the two entities -- typically for a one-year period. During this time, the parent entity hosts and supports the newly formed entity’s IT systems and also some of it business functions. Post expiry of TSA, the new entity has to manage and sur vive on its own. Often TSA comes at a hefty price, so the new entity is on the lookout to set up its house quickly and opt for an early exit.

From an IT perspective, important points to ponder on while formulating the TSA are:

Will the parent or its AMS vendor manage the carved out ERP system for operational support as well as application support and maintenance (bug fixes)?

Will they also be responsible for carrying out business critical system/application changes/upgrades during the TSA period?

What is the exit clause and notice period?

Knowledge transfer  is another impor tant area of any M&A activity. It needs to be seen if there are business process documents, configuration and development documentation, and if the parent entity would provide this documentation to the new AMS vendor. If not, then there would be a need  to  select  the  new  vendor  who  has the  capability  to  quickly understand the system and business processes through reverse engineering, and create the required documentation.

Infrastructure is an integral part of this IT management process during any  M&A activity. It is necessary to see if  the new system will be on premise or on cloud, if there is a business contingency plan in place and bandwidth/connectivity to support and user teams. One needs to check if the SI vendor and power users access the TSA system while it is under the parent entity’s control.

While  the TSA is in operation,  it is required  to replicate  the existing development and quality assessment systems for knowledge transfer to business  and support teams so that they can test integration with legacy systems.

After an M&A there would be a need for new security roles, new release strategies  in  procurement and modif ied  workf lows  due to a change in business model and size. Thus, Change  Management becomes  an impor tant par t of the process. In a combined entity, the business users might not be actively engaged in SAP as this is generally per formed by the BPO teams. But after car ve out, it could be expected that business users of the new entity might have to per form these functions directly in SAP. This throws up new challenges due to usability and training. So businesses need to be trained not only on the new processes but also in basic SAP.

Even as the M&A process rolls out, the Day 1 readiness check list  needs  to  be  put  in place. There  are separate checklists to  be prepared for  post M&A and post TSA,  including  detailed  cutover plan and  ownership.  Post  M&A  readiness  check list  should  have all  data objects (identif ied in data car ve out section above) to be changed to have the new entity functional during TSA. Post TSA check list would involve cutover and production system migration.

There is need for business contingency planning, factoring in some application  and system downtime.  The inter faces  with  legacy  systems should  be  stopped.  The  contingency  plan  should  have  process  to capture  the  data  during   the  migration   and  then  replicate   it   once the system comes up.

The migration could be using one of these methods:

Lift & Shift: Physically move the production system from TSA data center to the new entity’s data center. Ensure you have a full data back up and contingency plan, in case something goes wrong in transit.

Backup & Restore: Back up the data from TSA system and restore onto the client’s system which has been set up afresh. Ensure data integrity during the restore process by setting up necessary validation process. This is also required for audit/regulatory compliance.

There is a need to ensure that inherited applications align with the long-term business strategy and IT roadmap of the new entity. This can be done by looking at application rationalization opportunities.

M&As are mostly driven by financial considerations and often IT comes into play very late in the game. This leads to knee-jerk planning and subsequent increase in overall costs. It may also seriously threaten the viability of the whole endeavor. Hence, engagement of IT at an early stage of the M&A process is very important since it:

Selecting the right ERP carve out process and a competent System Integrator to support this exercise are also very crucial.

Ramakrishna Avasarala has about 25 years of experience in the Oil & Gas industry. Of this, Ramakrishna has spent 14 years working on SAP projects with global clients in consulting and project management. Currently, he is part of Wipro's CoE for SAP solutions for downstream clients. 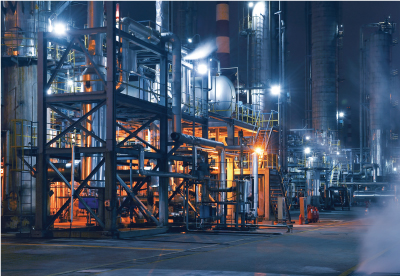 Wipro helped an oil and gas major manage 50% of its production through a Collaborative Environment by enabling interfaces between disparate locations and teams.

e-commerce portal for Oil and Gas major to digitally engage with customers and personalize the relationship. 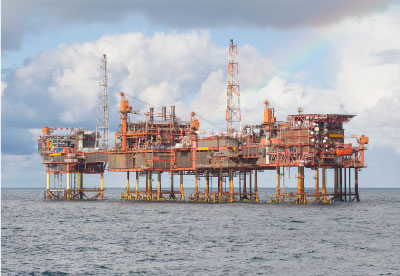 Wipro stepped in as the “thought-to-finish” partner for the O&G supermajor in this marquee demand sensing transformation program, delivered Proof of Concept (POC) to scale up across geographies and locations. The solution was piloted in the markets of West Europe and South East Asia.